Here is the early issue from Facets April 2017, a series of articles "Women of Faith"

I am one of the interviewees.  Please enjoy. 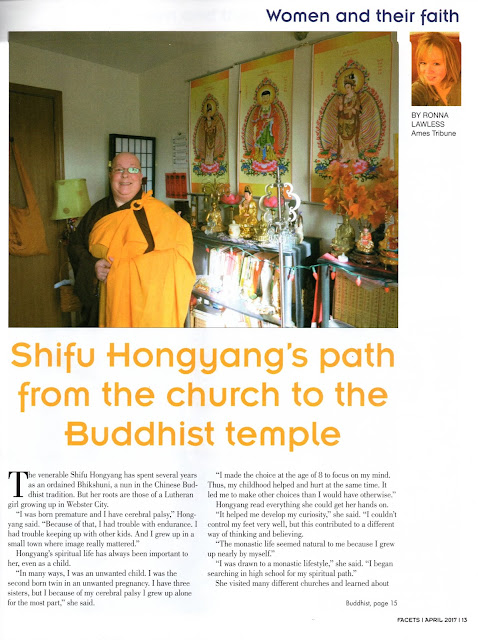 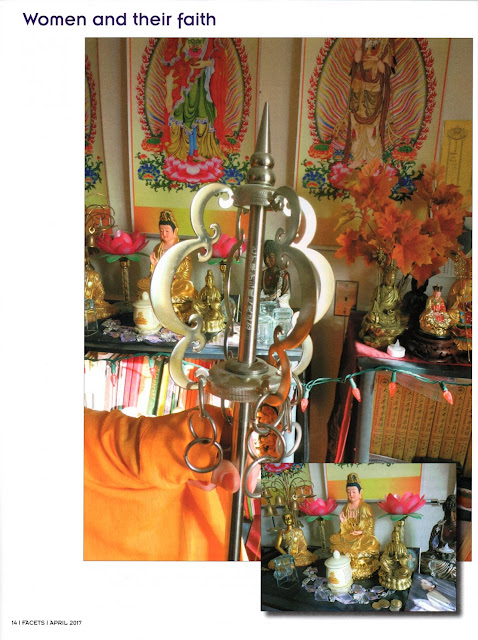 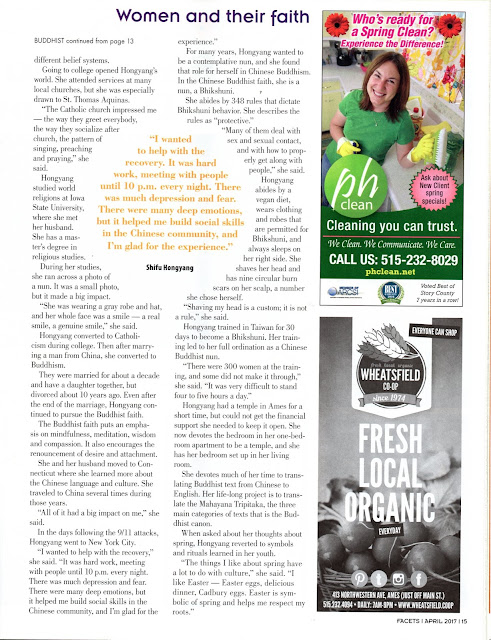 My sympathies for your plight.  As Vinaya Sangha we support life, but when we see such wretched suffering in our dear companion pets, we are as torn as any one else would be.  It's grief, very powerful and painful for our pets are sentient beings.

I had always had sympathy for pet owners facing a crisis in healthcare for their pets, especially hospice and eventual euthanasia.  Many laypeople are so judgmental, and when not faced with having a pet whom they love dearly suffer so, make it harder to provide a release of life.

Also our deep understanding of Vinaya makes it a painful choice, but regarding pets it's not a breach of Parjika because that only refers to human beings.  And the intention of euthanasia is to release from suffering, a suffering in life due to terminal illness reducing the quality of life so much that water, food and compassionate touch can't reach your pet to comfort them.

It hurts you, because they hurt so much.  For those of you holding Bodhisattva ordination, it makes it imperative to act compassionately.  It's a misinterpretation to view euthanasia in pets as breech when it is not.  It would only be a breech if you kill an animal for no reason.  If you are protecting others or yourself from them it's allowed (for your human life and others is precious, live more days to pass along Buddha Dharma).  If you kill in anger or some other kind of emotion it's a breech. If you kill because it's an accident it's not a breech, but a fault of skill, that you must remedy as best you can.