The Surangama Sutra is from the esoteric section of the Taisho Edition of the Mahayana Tripitaka.  Esoteric teachings are often misinterpreted as the secret teachings.  It is not secret; it is deep teaching that requires much commitment to study.  I do not believe in secrets or promoting them in Buddhism.   I strive for clear teachings and translations.  In the Tantra vehicle there are teachings for practitioners and clear instructions to keep their practice private in order to focus on the practice and to avoid fame.  Buddha dharma should be open, clear and available to anyone who cares to read it, all of it.  All collections of Buddha’s teachings, including commentaries are not private and should be open to all.

In my opinion and as well as others, sometimes labels of ‘secret’ are offered to cover up the fact of lost scholarship,  centuries of protecting selfishly inherited teachings to remain in power, poor study, a serious lack of access to moral, sane, even of qualified teachers there gets to be a label of ‘secret’ to help the teacher save face while they are trying to avoid the dreaded “I don’t know”.  Then with time this mistakenly is taken for precedent and the tradition with a perfectly prefab type answer becomes the only rote response instead of encouraging investigation and growth in the practitioner.   There are teachings that are publicly offered and practices carried on that have produced many positive effects.  They are known far and wide as beneficial and talked about openly, this Surangama Mantra is such a teaching in any language it is written in and folks it’s been written in many languages just not in English until now.  This work has been a part of Mahayana practices in China, Vietnam, Korea, and Japan and recited in native languages for centuries and it’s about time in our short 160 years history in the USA that we have standard Mahayana daily recitation texts in English. 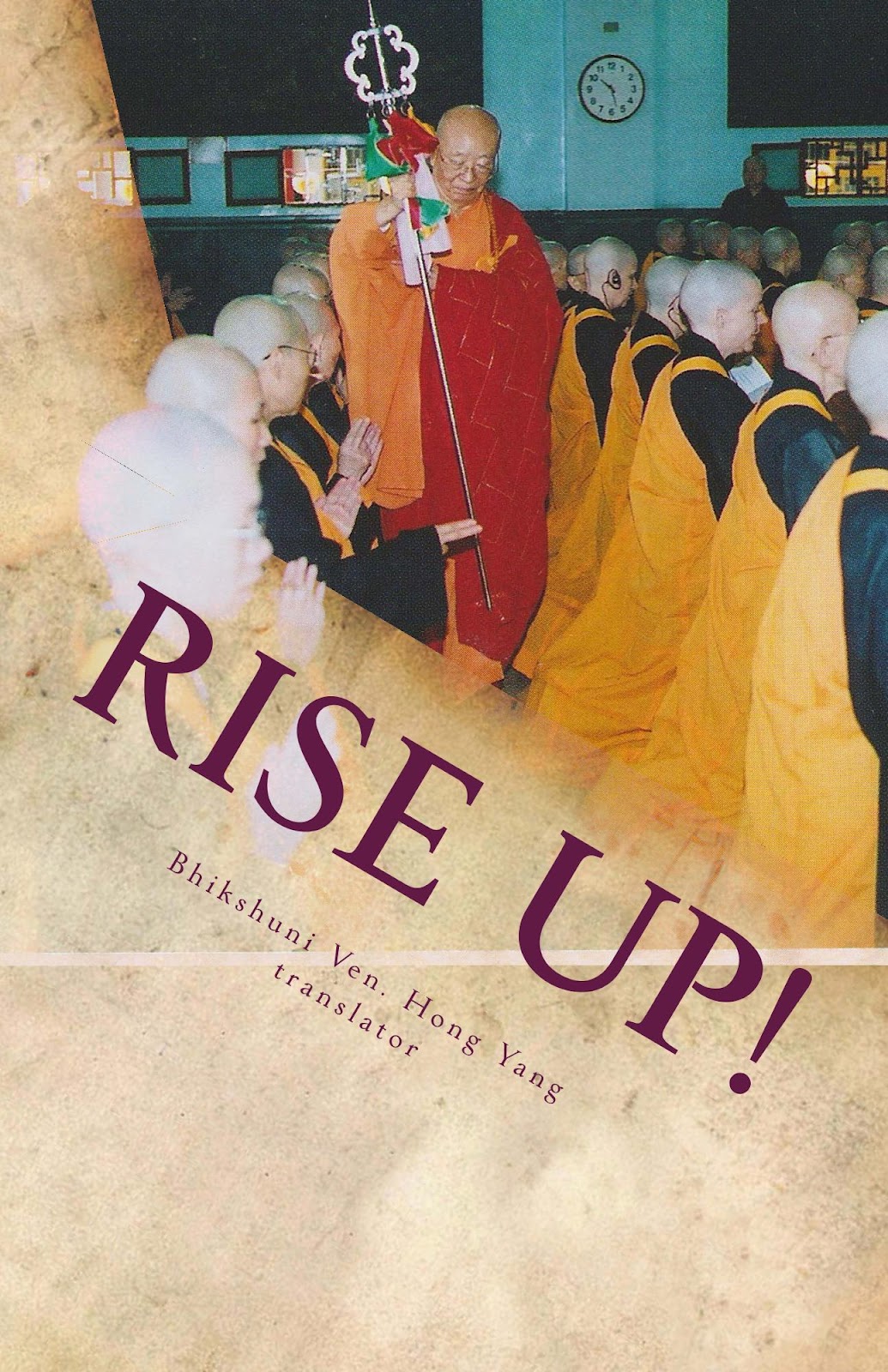 
Sanctity of the language versus clarity in understanding.  There is no mandate for sanctity of  language in traditional Buddhism, so why demand one in the West?  It is ordered by the Buddha himself to adapt to the country in which his Sangha (meaning monastics bhikshu and bhikshuni only) travels to and resides.

It’s a power trip from wrong view.  Those that demand a blind devotion to a language as a vehicle of enlightenment or access to Buddha’s teachings are perverting Buddha dharma.  Devotion to language as ‘official’ to to legitimize a particular sect or teacher limits another being’s access to sutras, esteemed teachings of ancient and modern dharma masters.  Thus stunting their growth and development in the pursuit of enlightenment.

Lack of common language limits successful understanding.  I have seen, heard and read about the constant struggle of laity to achieve success in their own practices because they did not have a common language with a dharma master or wat, vihara, temple or center in which they sought to study and practice Buddha dharma.  I have first hand knowledge of ordained Sangha that do not know their adopted culture or it’s language and are stuck as a servant, living years at a lower level of practice than what they can achieve had they been aware of detailed teachings.

These Westerners and some Asians have little or limited access to their own dharma master’s meetings and teachings due to poor translators or no translators.  Since they do not have any notable level of training they often seek outside of Buddhism to survive in work or in other religious practices or faiths beyond Buddhism, even if they have been a novice of 30 years or fully ordained for 5 years.  If they do not have competancyat least one of these areas:  listening, speaking, writing the temple language or even if they are not pursuing a line of Buddhist study and just seem to be taking up space then it keeps them at the ‘newbie’ level.  They are the same as a tourist would be in their own understanding and ability or lack of ability to teach Buddha dharma with any degree of skill.

This seriously stunts the progress of Western practitioners and students of Buddhism.  It’s a joke on sincere people being perpetuated by repetition and desire for gain or control, the joke can be on you based upon your own limited views and blindsidedness.  You need to support financially qualified Western monastics in their advancement of training rather than send your dollars or euros overseas.  Support the Western monastics improvement in their level of training, ask them how they train, if they have language ability in their own tradition; if that is missing they are not accomplished much except in reading trendy Buddhist books or by their own limitations in their personal practice for they try to fit in somehow to fads, trends and other religions.  The fact is most of the Western monastics have householding duties and very limited monastic training; unless they are trained in these traditions:  Chinese Buddhism, Vietnamese Buddhism, and Korean Buddhism.

The training available to Chinese and Korea is also available to sincere Westerners with competant translators being available but the training  to Westerners in Vietnamese Buddhism is very limited in access to the Sangha and sometimes to access to higher level masters who can speak English and outside of Vietnam as it’s government does not allow Westerners to train in their temples or ordain there.

Western women seeking training must be diligent.  Those going after trendy sects covered in the Buddhist news places like the newly formed Theravada nuns or the Tibetan communities will not find much stability or standard training or even qualified training dharma masters.  Strong patriarchal leanings in Thai, Sri Lankan, and Tibetan culture limit women severely even if they achived the full ordination as bhikshuni.